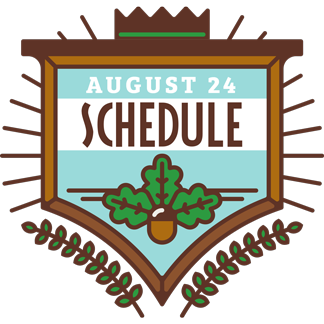 Learn and be inspired!
3

The Marin County Civic Center is a national- and state-designated historic landmark. The last building designed by renowned architect Frank Lloyd Wright, the building was completed after his death and are the only government buildings designed by the distinguished architect that were ever actually constructed. Wright’s ideal of organic architecture-a synthesis of buildings and landscape have inspired locally based artists and film makers. Take the behind the scenes tour of this masterpiece of modern architecture for access to otherwise, private areas.

We know that the good building is not the one that hurts the landscape, but is one that makes the landscape more beautiful than it was before that building was built. In Marin County you have one of the most beautiful landscapes I have seen, and I am proud to make the buildings of this County characteristic of the beauty of the County.

HOW TO WIN FRIENDS AND INFLUENCE NEIGHBORS

Last fall the residents of the city and county of San Francisco voted in favor of a ballot measure that required the city maintain street trees. Join Dan Flanagan from Friends of the Urban Forest, who with Steve Harriman, Kevin O’Hara and Reed Addis will lead you through the steps to take in creating a local bond measure for trees. Limited places available.

Join us for a great networking event hosted by our board and regional councils. Celebrate all the good things happening in urban forestry across California. It’s not too late to enter the awards. Click here for more information.

Grab a coffee, network with your fellow delegates and visit our exhibitors.

Urban Forest Research You Can Use

Polyphagous and Kuroshio shot hole borers (Euwallacea nr. fornicatus) are invasive ambrosia beetles that form symbioses with multiple fungal species, which together cause a disease called Fusarium Dieback on trees in urban and native forests in California. Since 2012, the number of reproductive hosts for PSHB has increased from 19 to 49, and includes 20 species that are native to California. The infestation has spread from a single county in 2012 to seven counties in 2017.

The Impact of Climate Change on California Street Trees

The impact of California street trees was determined by comparing street tree populations in 16 paired California cities. The current street tree population of one member of each pair was compared to a city that currently has the project average maximum temperature for the first city. When trees common to the first city were not found in the second city an initial assumption was made that the warmer temperature might be responsible for the tree’s absence. In this case local arborists and published sources on the adaption of tree species to different climate regions in California were consulted to see if the absence might not be due to the higher temperature.

URBAN WILDLIFE AS A NATURAL RESOURCE

A mild climate, a global population, and a bit of a maverick streak have sown the seeds of a wildly diverse street tree population in San Francisco. In this presentation, we’ll tour the highlights of San Francisco’s recent street tree inventory and explore some of the larger ecological, management, and cultural implications.

San Francisco’s Urban Forest Plan provides a powerful example of how partnerships between City agencies, non-profit partners and political allies were leveraged to create a vision to fundamentally change the City’s approach to urban forest management. In November 2016, San Francisco voters approved a ballot measure setting aside $19M annually for tree maintenance and transferring responsibility for all 125,000 street trees to the City. The presentation will focus on the challenges and lessons learned during the development and current implementation of this bold vision to ensure the long-term sustainability of San Francisco’s urban forest.

Sustainable Cities – Resiliency in the Desert

Arizona municipalities continue to be challenged in urban natural resource management and the need for generational thinking and generational planning is as critical today as it ever will be. Local officials have the ability to make that generational difference through the way we manage our city’s living and static infrastructure and the way we engage our residents in support of those efforts.

Quantity or quality? Can urban forestry save the world? As urban forestry professionals working in challenging times and a warming climate, what is the best way forward? More trees, or better trees?

Dr. Nooshin Razani talks about the healing power of nature as well as why it is her mission to prescribe time in nature as a way to treat health conditions.

Dr. Nooshin Razani has devoted her career to preserving natural spaces and improving human health through nature. She studied pediatrics and public health at the University of California at San Francisco and Harvard. She was trained as a Nature Champion by the National Environmental Education Fund & the US Bureau of Fish and Wildlife, and spent years working with the San Francisco Department of Public Health on a park prescription pilot. In 2012 she was a Senior Fellow at the Institute at the Golden Gate, a program of the National Parks. Since 2012, she has worked with East Bay Regional Parks District and UCSF Benioff Children’s Hospital Oakland (UBCHO) on finding ways nature can relieve stress in low-income communities, and recently completed a clinical trial evaluating their program SHINE (Stay Healthy In Nature Everyday). She currently directs the Center for Nature
and Health at UBCHO.

Note: In the event of unforeseen circumstances, the schedule may change.